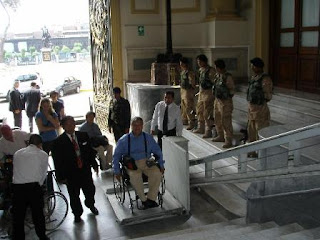 Summit participants entered the Peruvian government building under the watch of armed guards.

Glen White, Ph.D., organized the U.S.-Peru Independent Living Working Summit, which was held Jan. 2-9, 2009 in Lima. White is Director of the Research and Training Center on Independent Living and Professor of Applied Behavioral Science at the University of Kansas. Eight other Americans attended the summit. Also participating were KU master’s student Chiaki Gonda and KU International Visiting Scholar Toshiyuki Chiba. The U.S.-Peru summit culminated in a presentation in the Senate chamber of the Peruvian Congress.


White has made 14 visits to Peru since 1998. As a person who uses a wheelchair, he knows first-hand that the physical and cultural environment for people with disabilities in Peru could be much improved. Yet that has not stopped him from visiting Machu Picchu and other places in Peru that can be challenging to navigate even for the nondisabled. White and his colleagues bring the same determination to improving the quality of life for Peruvians with disabilities.

The Independent Living (IL) Working Summit focused on ways to improve services and advocacy for Peruvians with disabilities. The American team met with leaders in the Peruvian disability community to discuss issues including transportation and equal opportunity laws. They also analyzed ways specific Peruvian communities could benefit from creating a Center for Independent Living (CIL).

In the U.S., federally funded CILs are located in most major cities. They advocate for the rights of people with disabilities and provide them with training programs and support services to help them achieve self-sufficient and productive lives.

More than 150 people attended to learn about the IL movement and philosophy in the U.S. The American movement focuses on social attitudes and physical barriers rather than a person’s limitations. It emphasizes policies and practices that promote accommodations to help people with disabilities live more independently.

“During my first visit to Peru in 1998, I conducted a survey about problems that frustrated Peruvians with disabilities, such as inaccessible neighborhoods, lack of employment, discrimination, and lack of accessible transportation,” said White. “Since then I’ve had a vision of bringing an Independent Living ‘Dream Team’ from the U.S. to help establish an IL movement and a Center for Independent Living in Peru. We want the momentum from this summit to continue so that real changes can be made to benefit Peruvians with disabilities.” The U.S. team is continuing to meet to make plans for the future.

In recent years White has also helped bring Peruvian disability leaders to IL conferences in Hawaii and Washington, D.C., to learn more about American approaches to IL. He credited his colleagues in Peru for developing increased leadership capacity by conducting workshops for emerging disability leaders on community problem solving and advocacy. In this work, they have used materials developed by the Research and Training Center on Independent Living as well as materials in Spanish from KU’s Community Tool Box, a project of the Work Group for Community Health and Development.

White will return to Peru in June when he takes a study abroad class of KU students to learn about Peruvian culture and disability. What they experience could lead to a new generation of advocates for people with disabilities in the U.S. and other countries around the world. 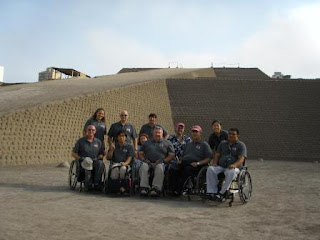 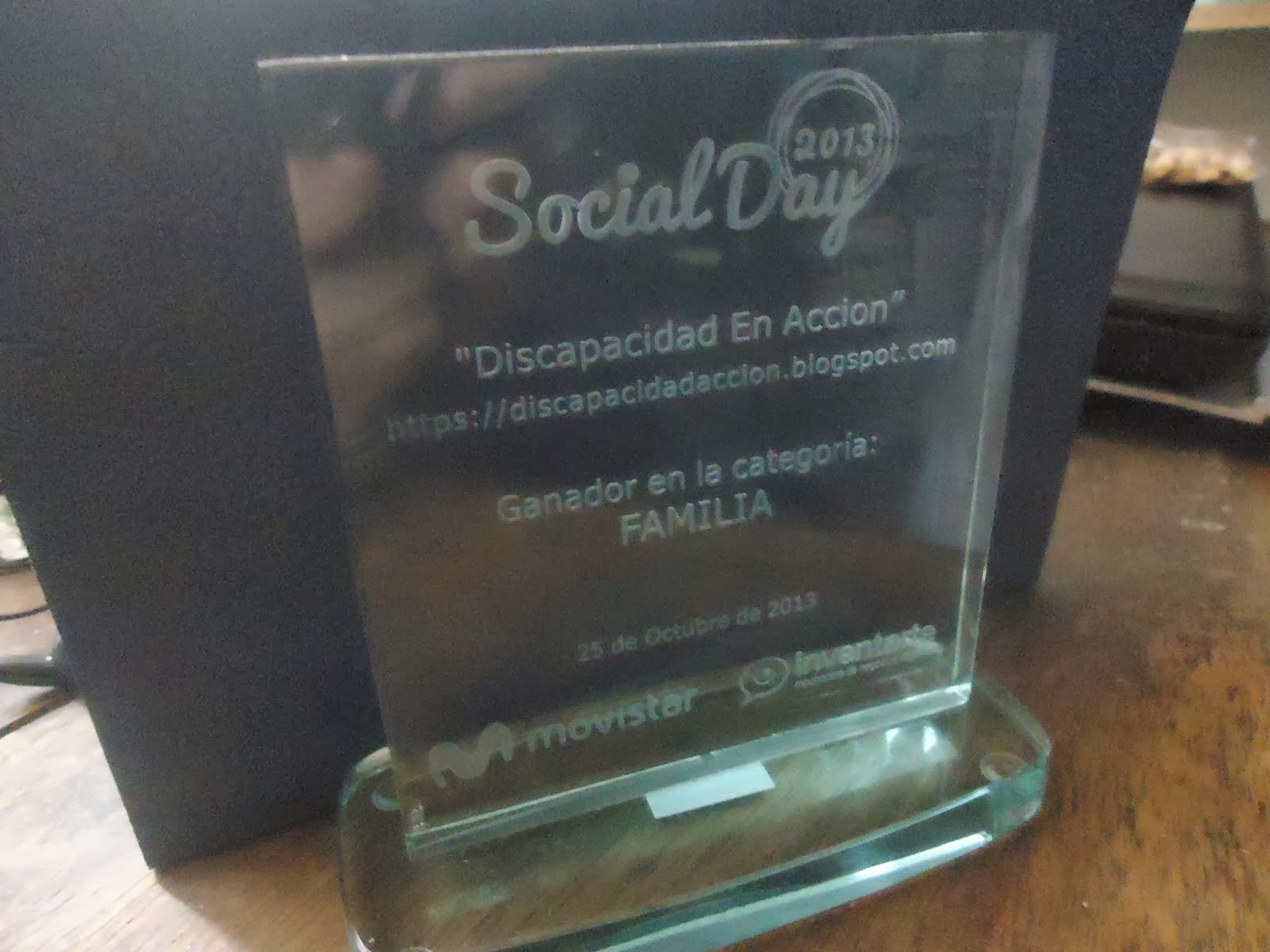 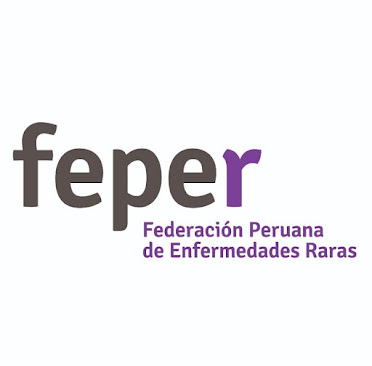 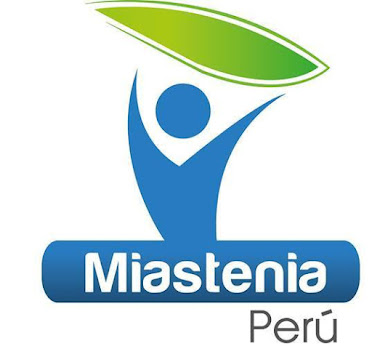